Home Client intake Survey says lawyers can be lovers, too

Earlier today my coworkers and I were talking about Valentine’s Day when I suddenly felt compelled to ask (for reasons I’ll explain in a moment), “Do you think people can imagine their lawyers, you know. . . getting it on?”

It’s my job—my primary responsibility, in fact—to study how people think, feel, and behave in the legal space, and that includes investigating how they think and feel about lawyers. So this question stemmed less from any prurient interest on my part and more from my geeky research side. Can the average person imagine lawyers being romantic just like everyone else?

“I can totally imagine it,” said a co-worker. “I know too many lawyers. I know what they’re like and what they do. I’ve watched too much Ally McBeal.”

When you work at Avvo, you do in fact end up knowing a lot of lawyers. So my co-worker and I might have a different perspective. Plus, we’re more attuned to how lawyers are portrayed on TV: almost too romantic, overtly argumentative, generous with their wine pours, and witty in their work banter. But what are lawyers like to the average person? Do people who don’t work in the legal industry see lawyers as they really are?

Then it hit me: I have data on this. Last year Avvo did a fun survey asking consumers what they thought about lawyers as people. Do they drink a lot? Do they like their jobs? Have they been arrested? What are they really like? The survey mostly targeted lawyers in practices with less than 200 attorneys—in fact, about 80% of lawyers surveyed worked in firms with less than 10 attorneys. This unique small-firm focus allowed us to compare how people think of lawyers to how small-practice lawyers think of themselves.

Here are some results:

When it comes to love, lawyers and non-lawyers seem equally satisfied with their intimate relationships. That’s good to know. That tells me that a good number of you are looking forward to an excellent Valentine’s Day. Enjoy it. And know that no matter what you’re doing that day, we at Avvo totally believe in your mojo. 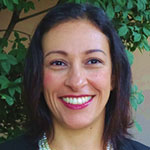