Fear ye not, Game of Thrones fans. Sure, John Snow might be dead (who saw that one coming?), but just because Season 5 is over doesn’t mean we can’t keep the Game of Thrones party going, right? So pour some wine in your challis, prop your feet up, and try to follow along as I try to compare different aspects of your website to Game of Thrones characters.

Yes, he died in season 1. And yes, I’m just as tired as you are of hearing everyone tell me that “content is king! ALL HAIL CONTENT!”

Your website’s content is important, but what’s more important is that it is noble, unique, and informative. Content which has honor, not just a few sentences which were written by a content writer that you found on Fiverr. One way to test the integrity of your content is to audit it, by using tools such as Screaming Frog SEO Spider to crawl your entire website. This tool will display all of your website’s pages, which you can export to an Excel or Google Docs spreadsheet. You can then sort all of your pages by word count to go through and delete pages which have little or no content, and make sure that none of your on-page SEO attributes (such as page titles and meta descriptions) are missing.

The drunken dwarf may be the most perplexing character in all of the land, and SEO (in general) is no different. Mastering the art of SEO can be just as challenging as understanding Tyrion’s motive, but as frustrating and confusing as he is, you want him on your side. You need him on your side. Sure, his actions make him almost impossible to trust (almost like those offshore SEO companies that call your office and fill out web form submissions every day promising to open the door to the Wall of Leads), but if you’re able to get him committed to a cause (aka developing a long-term strategy that will work), he could be your best friend. And no, neither he, nor SEO, are dead, despite what many believe.

Everybody loves a pretty blonde queen. Well, almost everybody. And your website’s layout, design, and color scheme are no different. You don’t really expect the unsullied to worship that ugly, outdated DIY 10-page website, do you? A good queen rules with not just authority, but compassion. If you’re not giving your visitors what they want, don’t be surprised when you have a mutiny on your hands, or when your once loyal followers begin to worship a different queen.

Trusted adviser. Brave, noble warrior prepared to do whatever it takes to protect the queen. No matter what content management system (CMS) you choose, whether it be an open-source CMS such as WordPress or Joomla, or a custom-built CMS, your website’s content management system should be prepared to do whatever it takes to serve. If you’re still paying a web design agency every time you need an update, if you’re stuck with a CMS that doesn’t evolve with the times, or if your CMS is causing more problems than it’s solving, it may be time to look for a new solution.

A queen needs someone who can translate and communicate what the common people want, and Google Webmaster Tools is no different. The trusted resource will inform you of critical updates, such as crawl errors and problems with your responsive website. Keep this resource happy, it is the connection between your website and Google.

The queen has an army of warriors at her disposal, but her most loyal and trusted is Gray Worm. Gray Worm acts swiftly and effectively, making sure your website’s content is served to your visitors properly, regardless of which device they are using. If your website has fallen victim of Google’s recent Mobilegeddon update, you probably want to find a Gray Worm of your own to help conquer the Google ranks.

Always prepared to give the politically correct answer, Lord Cutts attempts to inform trusted webmasters of what they can do to escape Google’s wrath.

If your website doesn’t have a strong call to action such as contact forms which stand out, live chat, and a phone number that visitors are “blinded by,” prepare for defeat.

Content is king, but actively promoting that content and not waiting for your prospective clients to read it is the king’s bastard son, ready to fight and protect on a moment’s notice. He’s the one who goes out and makes things happen by recruiting troops who are ready to fight the Twitter, Facebook, and Google+ battles, establishing himself among newsletter subscribers and social media followers as the best warrior in all the land. He keeps these followers informed, and continues to recruit members of the Night Watch Outreach who are hungry for useful information.

But this son isn’t just a fighter. He understands how to develop a strategy. He knows how to reach out to industry leaders who have influence and reach within a specific community, and forms alliances. He marches his troops past the wall, into the winter unknown, spreading the word and fulfilling his duties that he swore he would uphold when he became a sworn-in member of the Night Watch Outreach, prepared to meet his demise while fighting for the common good.

Because, as scary, dangerous, and ruthless as the White Walkers may be…they’re nothing compared to some of your competition in the modern, increasingly competitive, cut-throat world of Legal Internet Marketing. 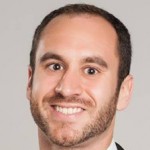 George Murphy, founder of Baltimore SEO company The Search Ninjas, has helped law firms throughout the country to improve their online visibility through attorney SEO and other forms of Internet marketing. He's also a soccer fan, player, and coach living in Baltimore, MD.

View all articles by George Murphy.

Informative and entertaining post. Thanks for the great advice.

Great post! Very funny, and definitely some great points on how to have the most effective website nowadays. Almost as cut-throat as Game of Thrones! Thanks for sharing.

How I regret reading this blog since I am only put to season 1. John Snow, you will be missed. Bran should be included! Bran = a potential client who feels disabled when it comes to receiving help and recourse for their situation. As a probate attorney in new york, I noticed clients will feel helpless as well with their various issues. Attorneys are like Tyrion, using their minds and being craft-ful in finding a solution to all the various problems one may encounter.