Avvo is making a big announcement: Consumers can now download legal forms for free. Let’s unpack what this means for attorneys.

Attorneys will surely wonder why we’re giving legal forms away for free. It’s simple: Avvo only charges people for value, and value comes from attorneys. People search for legal forms every day in an attempt to find a quick fix for their legal issue. Because of the demand for legal forms, companies banked nearly $5 billion last year selling them to consumers and businesses. Many of these people simply end up finding that what they really needed to solve their legal issue was a qualified attorney, not just a form.

2. We developed forms to bring more consumers to you

Courts are filled to the brim with pro se litigants. 56% of people who try to handle a legal issue on their own end up getting stuck and 42% of those end up hiring an attorney. Providing legal forms for free offers a simple way for consumers to begin the process of addressing their legal issue. Once a consumer has already completed their form and even shared it with others, it’s much easier for us to connect these consumers with an attorney participating on Avvo.

3. Free forms can quickly move consumers to a document review

A top priority of ours is to give consumers the opportunity to seamlessly move from creating or receiving a form directly to a document review with an attorney. We strongly encourage people to pair their forms with a document review or an advice session from an experienced local attorney through Avvo Legal Services.

What’s next for legal forms:

Check out all our legal forms at avvo.com/legal-forms. 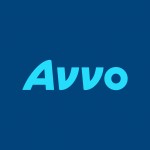 I'm an estate planning attorney in Massachusetts who just recently joined the Avvo "family".
I've answered a few legal questions for free, along with other attorneys, curious to see if a new client will appear as a result. The recent news that Avvo will soon be offering free legal forms (apparently pre-approved by attorneys), is discouraging to me, especially when I see that to continue to participate will require joining "Avvo Legal Services" and offering phone consultations for $39. Count me out.
Avvo's claimed assumption that this approach will increase client traffic for comprehensive legal advice from qualified and experienced attorneys is misguided at best, deceitful at worst. I for one, do not agree that the public is well served by free online forms, due to the intricacies of facts and law. You get what you pay for. I expect that my participation with Avvo will soon be over. Avvo is now becoming my competition. Was this the long term business plan all along?

Avvo is definitely a great and genuine resource for all the people who are looking for legal assistance. But bad news for the not-so-good attorneys because they will be revealed and market in a bad way whether they like it or not. Thank you for sharing this article, I had a blast reading it.