Everyone, including Mark Zuckerberg, is trying to figure out how to put Facebook to work for their businesses. And lawyers are no exception. But does Facebook really have a role in law firm business development? Or do lawyers just “feel like” they need to be part of the Facebook craze?

I’m a “horse’s mouth” kind of person. So, when I want to learn about using Facebook for a business or law firm, I want to know what the people at Facebook have to say on the subject:

Your business is for your customers. Build relationships with them, reach new people and drive sales using Facebook.

Over 900 million people like and comment an average of 3.2 billion times every day. When you have a strong presence on Facebook, your business is part of these conversations and has access to the most powerful kind of word-of-mouth marketing — recommendations between friends.

No doubt, building relationships is what law firm business development is all about. And Facebook’s reach is undeniable. But before you waste a lot of time building pages, broadcasting marketing messages, blindly sharing and liking, it’s important to understand both the true risks and potential rewards.

Why are so many law firm Facebook pages so lame? As Sam Glover observes:

…Just as a blog that hasn’t been updated in months is worse than no blog at all, a Facebook page with no updates is worse than a waste of space. It shows visitors that you jumped on the latest marketing trend, then forgot about it when you moved on to the next thing. It makes you look like a clueless marketing lemming.

So many law firm Facebook pages are lame because, when it comes to professional services marketing and networking, so many lawyers are lame. It’s not Facebook, it’s you (or your social media consultant).

Can a law firm be interesting to people on Facebook? That primarily depends on the law firm and lawyers.

While normal people aren’t interested in law firms, hopefully at least some people are interested in you. Family? Friends from high school, college, law school? Colleagues from the office? And to be sure, even most of these people aren’t interested in your law firm. But again, hopefully they are interested in you, what you have to say, and the stuff you share. Some of these people will also be interested in “stuff” that might be tangentially related to what you do. So, if you’re a criminal defense attorney, while they might not want to read your auto-fed zillionth version of “5 Things to Know After Being Arrested,” they might be interested in real news, information, and commentary on specific issues related to the criminal justice system. In the very least, “popping up” in these people’s Facebook news feed will help you stay near the top of their mind. So that when they (or another friend) needs you, you’ll enter their mind at that key moment.

Of course there are sensitive issues relating to Facebook use of which you should be conscientious. Is it unlikely that you’re going to get a deluge of new business from people posting, “Hey, arrested for DUI last night, anyone know a good attorney?” Or, “I’m having some serious debt issues and am contemplating filing bankruptcy. Know a good bankruptcy lawyer?” Let’s hope not… But maybe you don’t want those clients anyway.

Even if you’re not convinced that Facebook can play a role in professional networking and business development, there might be other reasons that lawyers should “know” Facebook. Just as there are competence standards for what lawyers say and write, don’t be shocked to see technology competence standards applied to the use of social networking sites.

Ignore Facebook entirely and dismiss it as a child’s time waster? Be my guest.

Learn how businesses are using Facebook effectively? Be authentic? Be social? Be aware of your ethical obligations in the context of using Facebook? Yep. 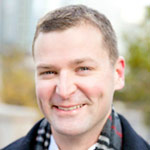 Hi, I'm Gyi. I help lawyers understand how to use the internet and search engines for business development at AttorneySync. Have a question? Don't hesitate to contact me: [email protected] You can also read me at Lawyerist and my blog.

Great post, Gyi. I've long been an advocate of Facebook for law firms, as long as your purpose there is clearly defined and you spend time thinking about what your audience wants (not what you want to say). For us at Nixon Peabody, we use our Facebook page to showcase our firm culture. It's not the place to post alerts because (a) our Facebook audience doesn't care about that and (b) we've already got plenty of other places to post that kind of info (Twitter, LinkedIn and Google+). So we use our Facebook page to talk about some of our attorney and staff non-legal accomplishments. Are we directly generating leads from our Facebook page? No, but that isn't the goal here. The goals are to support recruiting and increase general awareness of the firm. And both of those things indirectly support business development.

I merely would not keep your blog previous to hinting i particularly appreciated the standard details anyone present on your company? Will likely be backside consistently to check on new discussions

Many social media users used Facebook to promote their business. One way you can earn more money is by promoting your products and services through this social media site.

If you would like to increase your know-how simply keep visiting this web page and be updated with the most up-to-date information posted here.

Honest frank and to the point. It is hard work trying to be relevant to people that do not know you. So the real question, and link me to another post if you discussed it, is not how to communicate to your friends, in your private facebook account, but your legal practice account, where non-clients should be interested in your posts. Is it creating a persona that people can love or hate? As friends we all have an interest in a post of our other friends. As a general public, we do not unless it is compelling content. Compelling and the law, you are right, boring. Compelling and the news, mildly interesting but no one will friend or follow you unless a topic of lasting concern. So what is the best practice for that audience, silly no, controversial? maybe. What a cool challenge you have started in my mind.

@Jim - No quick answers. But you're on the right track... It's hard to find the right mix between "relevant to your practice," and compelling. Most firms are failing (miserably) at it. But there aren't really any bright-line rules here. Listen to you audience. What are they telling you about the "stuff" you put online (i.e. liking, following, sharing, etc)? Here's just one example of "stuff" that this firm's audience is finding engaging: https://www.facebook.com/MichiganAutoLaw/posts/10152674224884640

Spot on with this write-up, I absolutely believe this web site needs much more attention. I'll probably be returning to see more, thanks for the
info!

[…] little stars in search results). They can also a very effective way to create, nurture and solidify professional relationships. For example, your firm’s Facebook Page might be a good place to get your firm’s staff […]