This is my first post in a five-part series where I review the main legal news and technology covered in 2016. See the others here.

Bitcoin and smart contracts were included as one of the future trends in last year’s year in review. As I’ve learned more about Bitcoin and the blockchain – what they are and their origins– I’m convinced that the opportunity is bigger than I thought and has even bigger and more pervasive legal implications. And with the implosion of the DAO this year, there’s plenty about Bitcoin, the Blockchain, and smart contracts for a post now, too.

Is Satoshi Nakamoto an attorney?

Fast forward two decades and in 2009, someone using the name Satoshi Nakamoto publicly released the software for Bitcoin to an expanded version of the Cypherpunk community. For a short period, Nakamoto communicated via email but then went silent.

The identity of Nakamoto is a big deal. This year it was Craig Steven Wright claiming he was Nakamoto. Those who have investigated the question, however, suggest Nick Szabo as a likely candidate. Nathaniel Popper wrote in the New York Times that “the most convincing evidence [regarding the identity of Nakamoto] pointed to a reclusive American man of Hungarian descent named Nick Szabo.” But experts disagree with Popper and Szabo himself has denied being Nakamoto and so Nakamoto’s identity remains a mystery.

Yet, there’s one more interesting piece here for lawyers. Szabo is also – wait for it – a law school graduate who was at one point affiliated with George Washington University School of Law.

So why is Nick Szabo’s being a lawyer relevant? Because it’s helpful for lawyers in understanding the what and why of Bitcoin.

The most revolutionary aspect of Bitcoin is the blockchain that it’s built on. The blockchain addresses two related and fundamental societal problems that predate the internet: trust and efficiency. Trust is a central tenet of a functioning democracy and economy. Everything from currency to real estate to the corporate formation to voting hinges on the notion of trust. And lawyers and the legal system have played a central and significant role in the establishment of trust. Notaries (who are also lawyers in most of the world except for the United States) exist largely to establish trust between parties by witnessing the signing of documents, signing and administering oaths, and performing other activities. Royal or government charters, yesterday’s wax seals, and even today’s notary stamps are all means of reinforcing trust that might not otherwise exist between parties.

Without delving too deeply into the relevant technology, the blockchain has a means of establishing trust and authenticity between parties without any reliance on a central authority. The block chain distributes actions and information across a network and then leverages that network to validate the authenticity of new transactions, making it a decentralized community-based trust network that eliminates the need for a third party trusted authority.

The principle of efficiency is also not entirely foreign to lawyers.[i] Most lawyers learn about judicial efficiency in their first year of law school. And much of legal infrastructure exists to bring efficiency to human relations: basic property law exists to facilitate the efficient “clearing” of ownership and property rights; contracts decrease the risk of business arrangements which would otherwise regularly devolve into litigation; and litigation is an innovation that is much more efficient than the systems that came before it such as duels (think Hamilton, another great 2016 reference!), trials by ordeal, or all-out war.

Blockchain technology can take the place of many costly third party intermediary systems used to establish trust or eliminate enforcement costs in situations in which trust is lacking. Bitcoin uses the blockchain technology as a public ledger to track the ownership and transfer of the Bitcoin, alleviating the need for trusted intermediaries that, no matter how efficient, always make transacting less efficient and more costly.

What does this all mean for the legal sector? Let’s look at a few specific applications of blockchain technology to legal problems.

IDEO, the international design and consulting firm, identified the home buying process as one aspect of our lives that could be transformed by the blockchain. The most obvious and most significant role of a trusted intermediary in the property landscape is the role of government as title registration keeper of the record. Sure, the government wants to keep this information for property tax purposes but couldn’t we use a publicly available distributed ledger to track title and ownership information? The same ledger, or a different one, could also track maintenance information, financial health and capacity of the buyer, and even mortgage payments (we’ll explain that one in a minute).

How about music? The blockchain presents an opportunity to create digital scarcity and brings someone (be it artists, publishers, or someone else entirely) back into control of creative content. An artist could release their album on the blockchain, a publicly verifiable and traceable ledger, and more tightly control its distribution. Sure, someone may figure out how to reverse engineer the blockchain and steal a copy for their personal use, but the blockchain enables a listener – and rights holder – to constantly know whether a given copy is a true, verified copy.

Another interesting blockchain application is smart contracts. And this returns us to where we began. None other than Nick Szabo developed the notion of smart contracts which are computer protocols that facilitate, enforce, or make unnecessary contracts or contract clauses. The definition of a smart contract varies widely (and includes the DAO, discussed briefly below) but one of the most interesting aspects of smart contracts is their ability to self-execute. Imagine a car loan in which monthly payments are automatically deducted and in which, if funds are insufficient, ownership of the car immediately reverts to the lender and the car’s functionality is limited. By placing this kind of contract on blockchain, the lender’s ownership of the car is undisputed (via the blockchain) and payment can be made with Bitcoin, eliminating the need for costly banking intermediaries. Using the internet of things, a car’s functionality could be limited remotely, significantly reducing the costs of tracking and repossession. And remember the mortgage discussion above? The exact same thing could be done for a home mortgage, with payments automatically deducted and access limited in the event of default.

If you want a deep dive in blockchain and smart contracts, check out the story of The DAO which was in some ways the decentralized autonomous organization. It’s too complex to cover in-depth here, but the DAO was an attempt to implement an economic organization that functioned entirely on its own. The aim was that the DAO would make investments using cryptocurrency funds called Ether (like Bitcoin, Ether is another cryptocurrency existing on a separate blockchain, Ethereum).  TechCrunch described The DAO as “a paradigm shift in the very idea of economic organization. … It offers complete transparency, total shareholder control, unprecedented flexibility, and autonomous governance.” Volumes could be written about the DAO and it’s “failure,” and aftermath (including the Ethereum community’s decision to hard-fork the network) but it represents a series of firsts in the blockchain and smart contracts space, and was a remarkably bold endeavor in 2016.

Most attorneys think that Bitcoin is far from their everyday lives. And it’s true that most attorneys don’t touch it in their everyday practice. But there’s much about Bitcoin and the blockchain today that was relevant this year and to the law and the legal system. More to the point, there’s much about Bitcoin, the blockchain, and smart contracts that will be relevant to the future of law.

[i] Even though I spend a great deal of my professional life railing against lawyers’ lack of and unwillingness to embrace basic principles of efficiency. 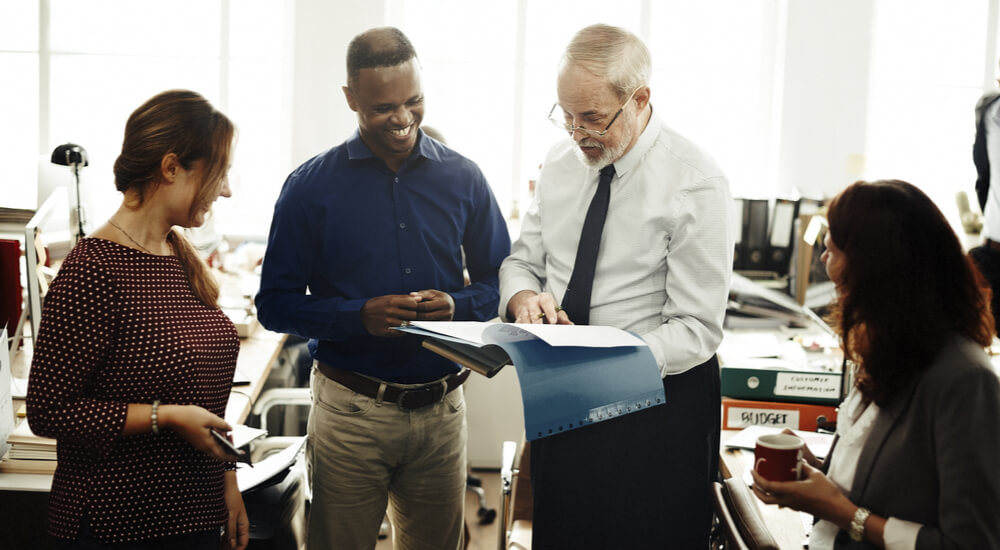